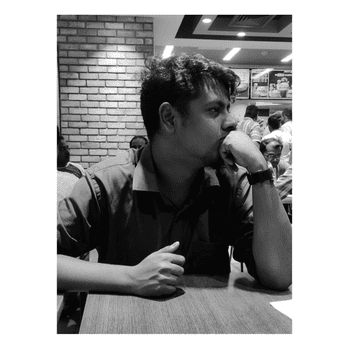 Hey people! I am the Community Manager of the Highako Academy Community. Please feel free to reach out to me.

May the course be with you!

Do you have questions for Arijeet Das?

Log in to ask Arijeet Das questions publicly or anonymously.

Our experts for the 28th June discussion would be more than happy to take up questions regarding bankruptcy, liens, and the latest laws and regulations.

Ask your questions and get expert insights on how to identify and avoid potential traps for the unwary PMSI secured party!!

A few cues to get you started:

P.S: This is a text-based conversation that is LIVE till 28th June. Post your questions and our experts will answer at the earliest :)

Credit Stories: Can "#2 Guarantor" Wrangle Out of Making Good on a Guaranty He Signed?

"We're coming to you to make good on the guaranty you signed with Arnie Johnson," said Frank Zeller of Cladandma Manufacturing.

"Yes, I had heard that Johnson wasn't paying his note as promised," replied Tony Young. "How much money did Johnson come through with before you turned to me?"

"Oh, we haven't contacted Johnson about the guaranty," Zeller corrected. "We decided to come straight to you for the full amount."

"Well, that's not right," Young protested. "I only signed the guaranty to guarantee collection. That means you have to try to collect from Johnson first."

"No, we believe you signed that guaranty to guarantee payment," Zeller countered. "Therefore, we can come to you without turning to Johnson for payment."

"That's not how I understood the arrangement," Young insisted.

"Well, the guaranty clearly says 'We, the undersigned, do hereby personally guarantee the due payment of the within indebtedness.' That doesn't say anything about you only guaranteeing the collection of the debt."

"Well, I don't think that language is very clear. I think it could be interpreted either way," Young claimed. "You see what you can collect from Johnson first, and get back to me."

"It's not going to work that way," Zeller insisted. "We've come to you first, and you will pay."

Did Young guarantee payment of this debt?

UCC law clearly states that if a person intends to guarantee only the collection of a debt, the document must set forth in "clear and unambiguous language" (such as "collection guaranteed" or other equivalent words) that the guarantor will only pay after the holder has taken all possible steps against the maker of the guaranty.

In this case, there was no clear language stating that this was a guarantee of collection only. Even Young's argument that the intent of the guaranty was not clear could not help him, the court said,

"[E]ven if the words of the guaranty are ambiguous and 'do not show whether payment, as opposed to the collection, is guaranteed, the Code declares as a matter of law that the guaranty is one of payment.'"

Hey folks, I am Arijeet and I am the Community Manager for the Highako Community. Welcome to the Discussion Thread where you can post questions about General Security Interest, PMSI, Consignment, Personal Guaranties, and more

Please feel free to reach out to me if you have any queries. Ask Away!

Now it Has a Name "The Great Resignation"

As a credit manager, you may not have the authority or budget to keep your employees satisfied but be aware of what your competitors might have. It is also your job to explore the hazards and options with management if they neglect this scenario.

1. Communicate with your staff

Do you have anything more to add to this list? Let us know

Collection analysts are often faced with the uphill task of swiftly retrieving receivables before they depreciate. Collections are hence significant, and so is upskilling along with the job.

Liked by meet.k@highradius... and 8 others